The church of St. George is located in the central district of the settlement. According to an ownership inscription on a stone slab of the south wall, the temple was built at the place of an older church of 1760 by craftsmen coming from Epirus, during the reign of the metropolitan of Grevena, Gregory. It is a three-aisled wooden-roofed basilica with a two-storey nave to the west. The central apse of the sanctuary is semicircular inside and externally seven-sided decorated with semicircular shallow arches that lean on a wide base, an element that is traced to the Byzantine tradition. Two more built-in stone carvings are preserved, the first depicting a full-length male figure bearing a yatagan and standing birds on its feet, while the second one depicts a male figure with an aureole holding a cross and a sword. The temple was covered with stone slabs while there are two entrances, one on the west side and another, the main one, on the south. Inside the temple they lead three semicircular stone steps. The floor is paved while in the central aisle there is a polygonal navel within a square frame. In the side aisles, the roof is flat, wooden-decorated with square spaces while in the central aisle the roof is sloping as well as wooden-decorated with square spaces and a polygonal opaque with a Pantocrator depiction in the center. The gyneconite is separated from the main temple by arched openings that are closed with a lattice. The temple and the narthex are entirely painted, probably created by the painter Ioannis Kapesovitis. Excellent examples of wood carving are the iconostasis that dates, according to the oldest despotic icon of Virgin Vrefokratousa (Child Holding) in 1775, the despotic, the pulpit and the icon stands.

Accessibility: Due to some stairs and the narrow entrance the church is not accessible for those in a wheelchair. 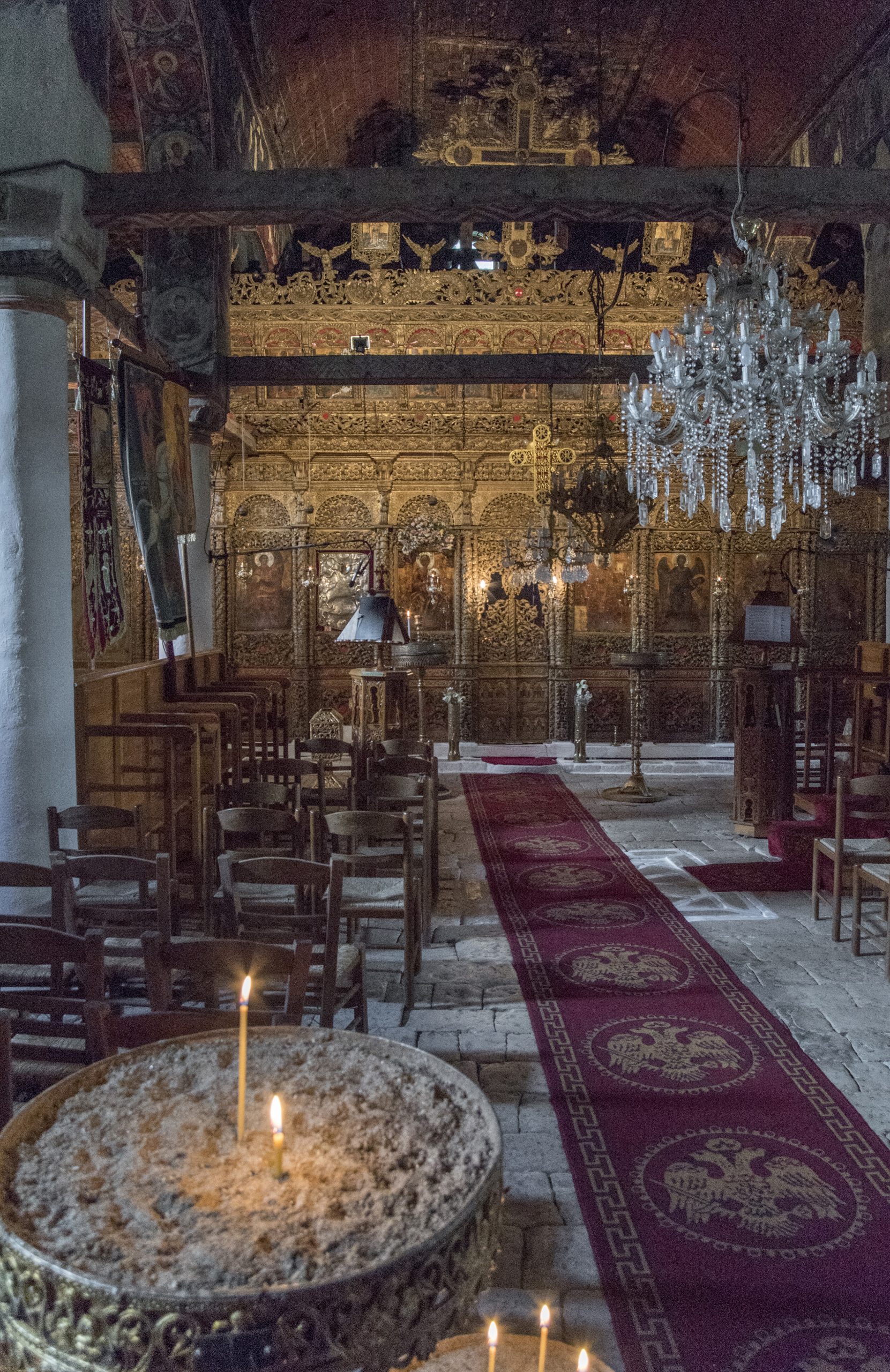 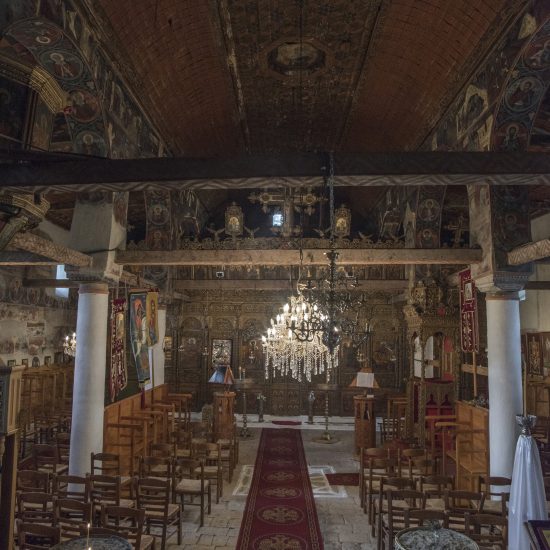 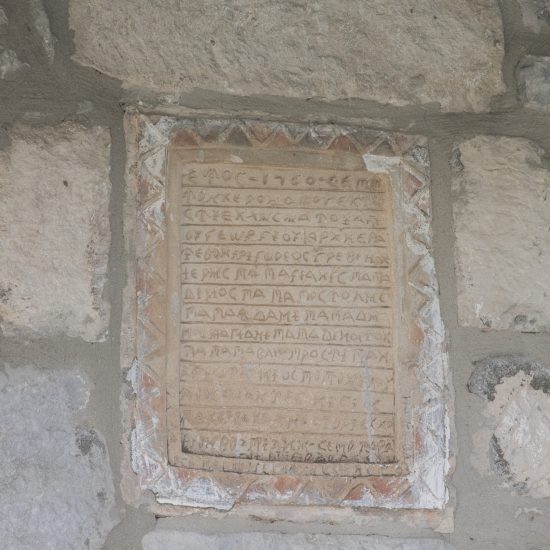 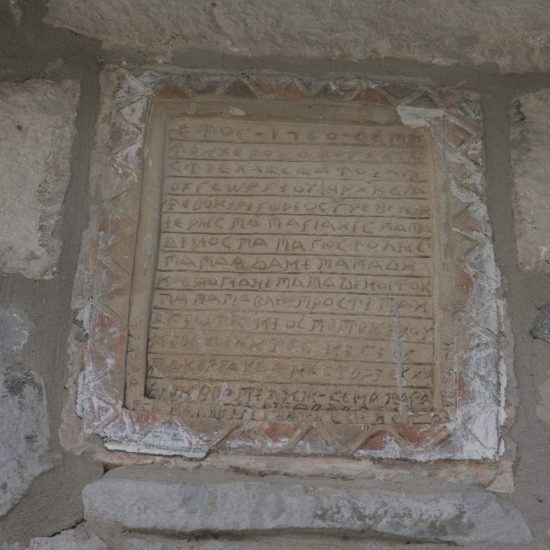 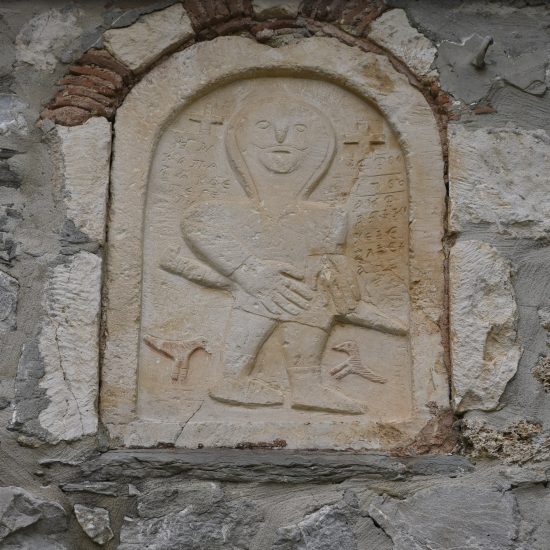 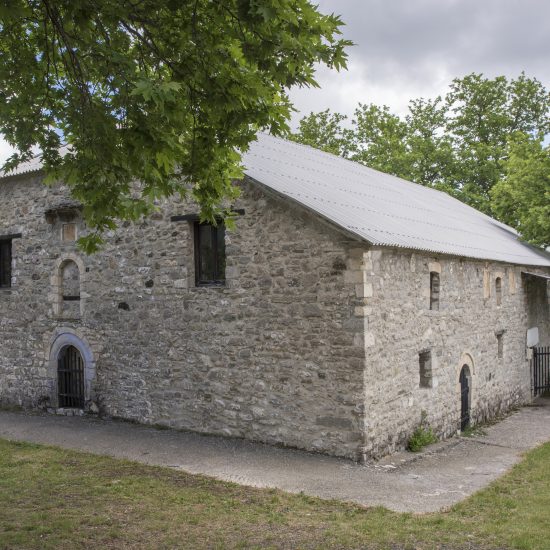