In the area of Pindus National Park of Valia Calda and over the Aspropotamos, a tributary of the Aliakmon River, there is the Monastery of St. Nicholas. Nowadays, only the katholikon of the monastery still exists. It is a complex cruciform inscribed with a dome of the Athonite type temple with sloping niches and a gable roof covered with slates, probably built in two construction stages. The sanctuary has three niches with the central one being inner semicircular and outer heptagonal. The simple one on the west side has a second dome, similar to that of the main temple. There are two entrances in the monastery, one on the south side and another one through the simple niche on the west. On the outer east side there is a stone carving with a cross and the date of construction, 1803. Inside the temple, the narthex is located at a higher level than the main part of the temple, while the floor is covered with large stone slabs. In addition, there is no written decoration inside the temple while the wood-carved iconostasis dates back to the 19th century. There are written testimonies of the 18th century regarding the monastery complex, a complex that Kosmas the Aetolian seems to have visited. In the surrounding area, parts of the stone enclosure and building remains of the living areas of the monastery are preserved.

Accessibility: Due to some stairs and the narrow entrance the church is not accessible for those in a wheelchair. 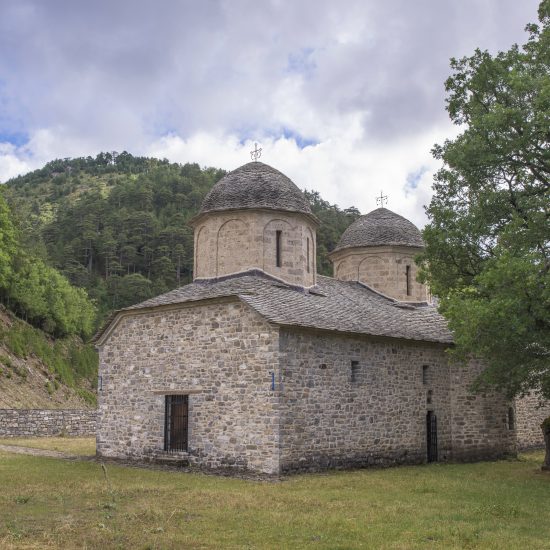 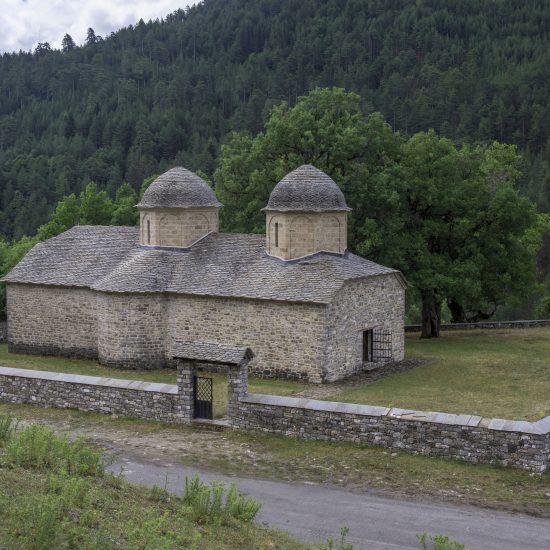