The church of St. Athanasios is a three-aisled wooden-roofed basilica with a semicircular arch, a two-storey narthex-gynaeconite on the west and an open portico with an arch on the south side, where the main entrance is. Its construction dates back to 1865, based on the stone inscription of the central door. The church is built with coarsely carved domes in overlapping layers of different thickness. With great care they are built the corners of the building having rectangular carved boulders but mainly the apse of the Sanctuary, where a blind arc with three-hinged arches is formed. The main church is covered by a gabled roof, initially of slates. The frame of the temple’s entrance, a remarkable sample of folk art in the shape of a human form, has an elaborate stone carving decoration. An additional special feature of the church is the stone quadrangular frame of the two windows under the roof on the east and west walls respectively.

Murals exist today in the area of the Sanctuary and can be be traced back to the beginning of the 20th century, probably in 1905, when the same style depictions of Christ and the Apostles on the ambo date. The depiction of Saint Athanasios in the niche of the arched lintel of the southern entrance dates, based on a modern inscription, in 1877. The church has a wood-carved gilded iconostasis, which includes remarkable icons of Samaritan painters. The painter Michael Antoniou and his brother John painted the despotic icon of Christ, dated July 12, 1867. Michael’s artwork is, also, the written representation of the Assumption of the Virgin Mary in a shrine of the church, dated June 29, 1869. Dimitrios A. Kraias painted the icon of the Archangel Michael, dated May 15, 1867. In addition, the church preserves a remarkable wooden roof with the Pantocrator in a central medal. The collection of icons at the temple and the brass bell of 1895 are pieces of importance, too. 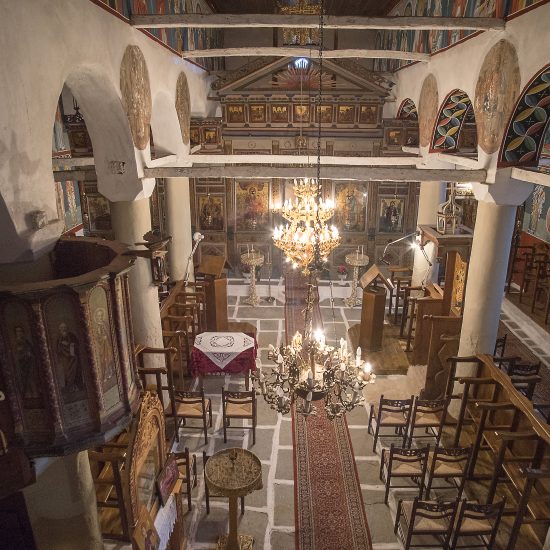 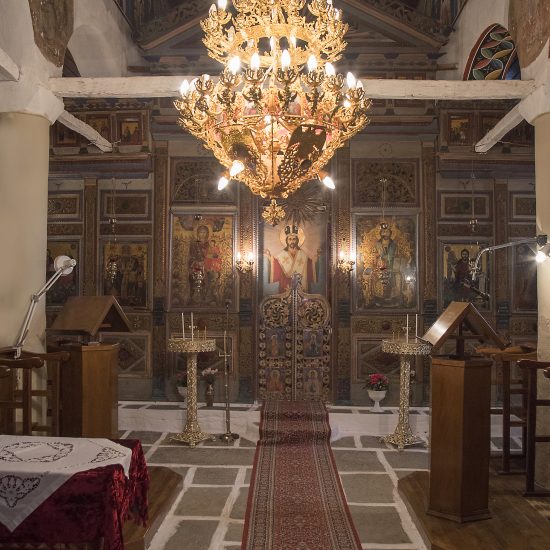 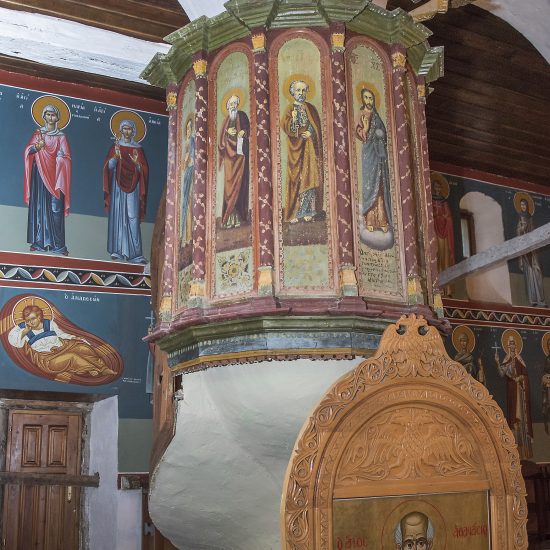