The Church of the Transfiguration is located at a short distance from the katholikon of St. Paraskevi. According to a written ownership inscription, preserved on the interion of the wall above the western entrance, the church was originally dedicated to St. Paraskevi. Its painting with remarkable frescoes dates, according to the same inscription, to 1819 during the reign of the Metropolitan of Grevena, Bartholomew, under the supervision and assistance of the fathers of the Monastery. The year of its built could be placed at the end of the 18th century and certainly before 1819. The oldest reference to the renaming of the church is being found on the “Narratio” (1856) of Chrysanthos Papaioannou, a monk at the Monastery of St. Paraskevi, later Bishop of Domokos.

The church, probably a cemetery, belongs to the complex four-column cruciform type inscribed with a blind hemispherical dome instead of a central dome, the rest of the vault is formed by semi-cylindrical arches and ‘fournika’ (small arches) and is covered with a gabled roof. It has two entrances, one on the west wall of the narthex and a second on the southwestern end of the main church respectively.

The temple is built of carved rectangular stones of various dimensions in successive zones, with the obvious intention of imitating the pseudo-isodomic building system. Particularly meticulous is the carving of the arch stones, where blind arches with three-lobed arches are formed, as well as the carving of those that have been used in the corners and the (door/window) frames. The arch is decorated with relief tablets with crosses, double-headed eagles and other subjects. Ornate embossed decoration, being an excellent example of folk art, also has the outer frame of the western door.

The temple is entirely painted. Based on the ownership inscription, it was painted by the Samaritan painters Dimitrios and Michael Anagnostou and Papa-Ioannis Anagnostou and was completed on October 15, 1819. Special features of the mural decoration are the richness and density of the iconographic circles, the great number of saints, full body or bust, the use of a variety of floral and geometric patterns, the vibrancy of the colors, as well as the strong effects of western baroque and rococo. The painting of Saint Paraskevi is a remarkable example of the Samaritan painters’ art, who create original decorations, by combining the old and modern standards. After all, the work of painter Michael Anagnostou exceeds the limits of Samarina, with artworks found in Kalambaka, as well as in the wider region of the Balkans.

A remarkable part of the iconographic program of the main church is the painting of the theomitorial hymn “Axion esti” in the western arch, where the Virgin Mary is depicted as a winged figure, an extremely rare element used for her iconography that probably comes from the Apocalypse. The Despotic icon of the Virgin Mary on the iconostasis bears the signature of Michael Anagnostou and dates back to 1815. 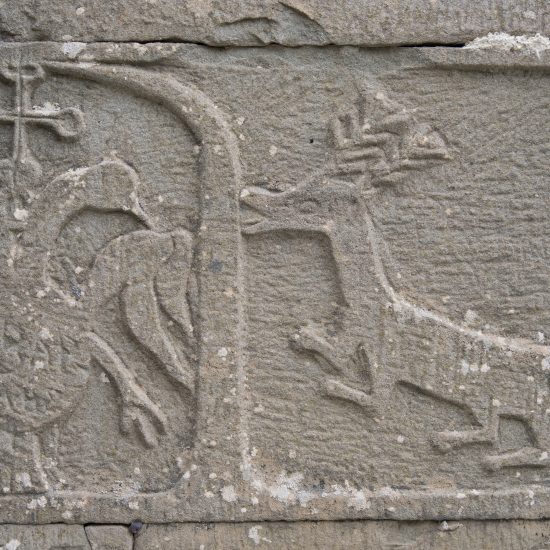 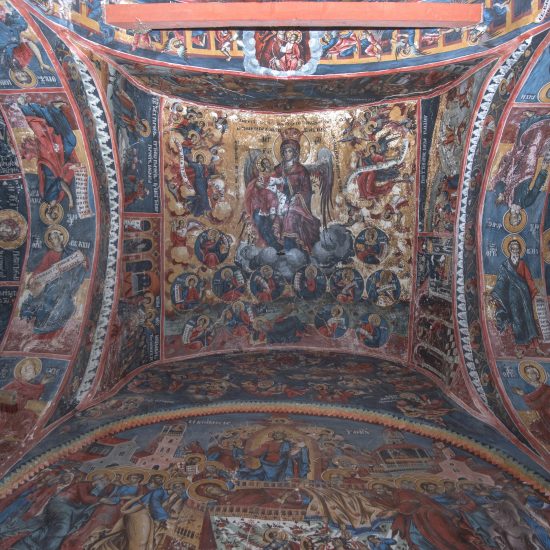 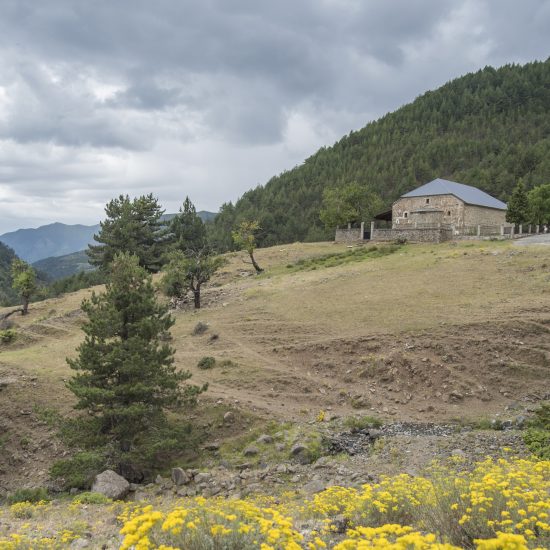 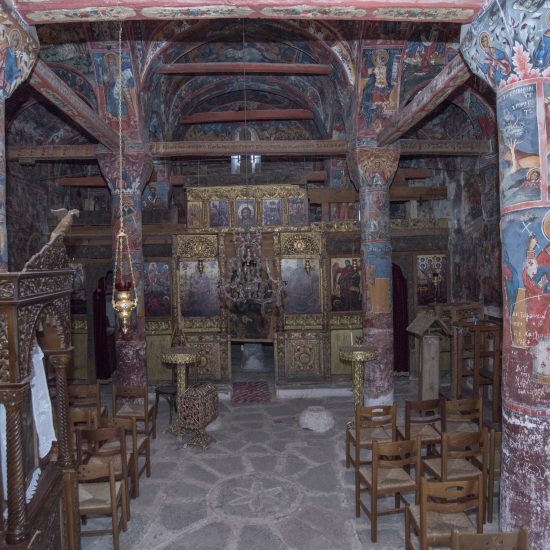