Church of the Dormition of the Virgin (Koimisi Theotokou/ Megali Panagia, Samarina)

Church of the Dormition of the Virgin (Koimisi Theotokou/ Megali Panagia, Samarina)

The Church of the Dormition of the Virgin (Koimisi Theotokou/Megali Panagia) in Samarina is the metropolitan church of the town. It is a massive three-aisled timber-roofed basilica made in 1800 approximately with a many-sided exterior sanctuary apse, a spacious two-storey narthex-gynaeconite to the west and an open portico on the west and south sides. The temple is covered by a gambrel roof, initially made by slate slabs that are currently preserved only in the apse. It has two entrances, one on the west wall of the narthex and one on the southwestern end of the temple. The eastern part of the south portico is formed in a chapel dedicated to the apostles Peter and Paul. The bell tower on the southwest side dates from 1876. A special feature of the church is a large pine tree, which has been growing in the conch of the sanctuary since about 1850.

The temple is built of coarsely carved limestone courses in continual layers of different thickness. The corners of the building are more carefully built with rectangular carved boulders, as well as the arcades of the porticoes with semicircular arches that go into (lead to) low height columns through a rudimentary colonnade. A remarkable example of popular art is the stone-carved decoration on the door frame of the southwest entrance of the church, which according to an inscription dates back to 1816.

The inside part of the temple is entirely painted. According to a painted donor inscription, the wall-paintings of the temple were painted on July 30, 1829 during the reign of Metropolitan Anthimos by the Samarinian painters Christos and Antonios, sons of Papa-Ioannis (a local priest and painter). A year earlier, they painted in the church of Prophet Elijah at the same village, while their influence was spread among the Balkans. The temple decoration includes scenes from the Life of Virgin and christological cycle, liturgical scenes and many figures of saints. Main features of the painting art are the decorative style, the color contrasts and the overblown theatrical movements, characteristics that establish the strong influence of the western painting – Baroque, but also the extensive use of features found in local art.

Exceptional pieces of art, strongly influenced by the western Baroque, are the wood-carved gilded iconostasis of the church illustrating the cycle of Genesis, the ambo/pulpit, the despotic throne and the shrines (proskynetaria). The iconostasis also includes the oldest signed work of Michael Anagnostou, the Despotic icon of the Virgin Mary with the Child (Vrefokratousa) dating back to 1811, while the same painter is also credited with the unsigned Despotic icon of Christ. In another portable icon of the iconostasis there is an inscription, dating back to 1820, that mentions the Metropolitan of Grevena, Bartholomeus. Today a big amount of the icons in the iconostasis are copies, as the original ones have been stolen. The main temple and the sanctuary are covered with a wooden-carved ceiling with remarkably painted marquetry in strong color contrasts. 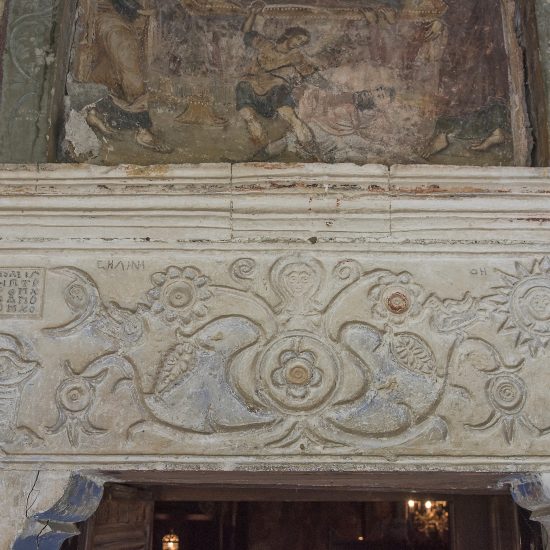 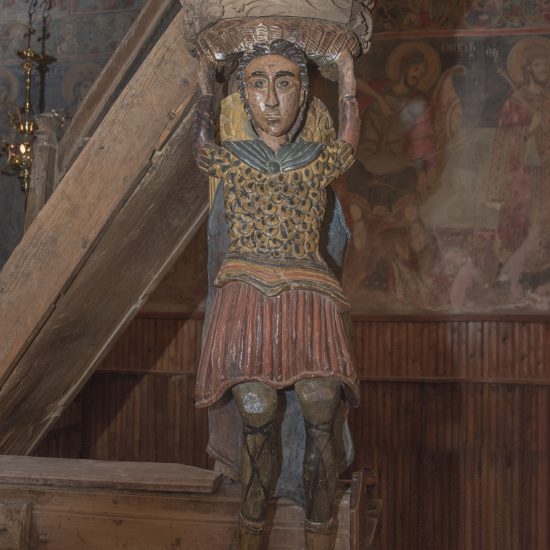 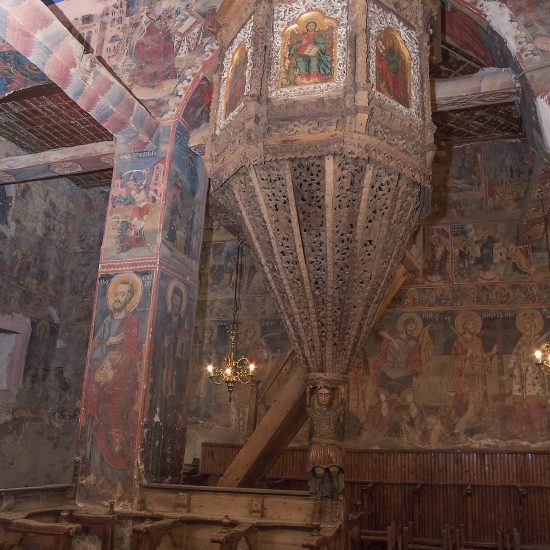 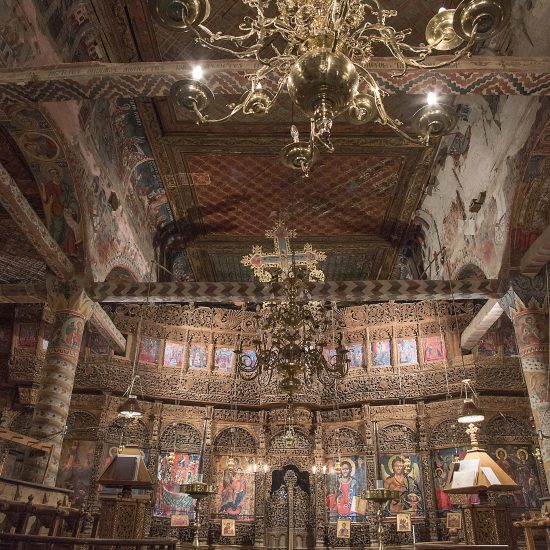 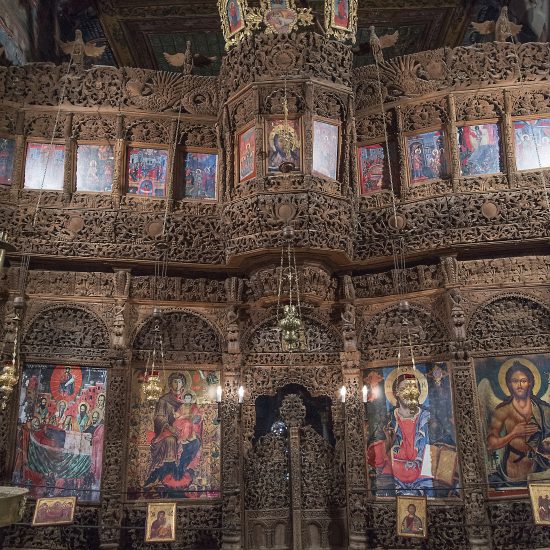 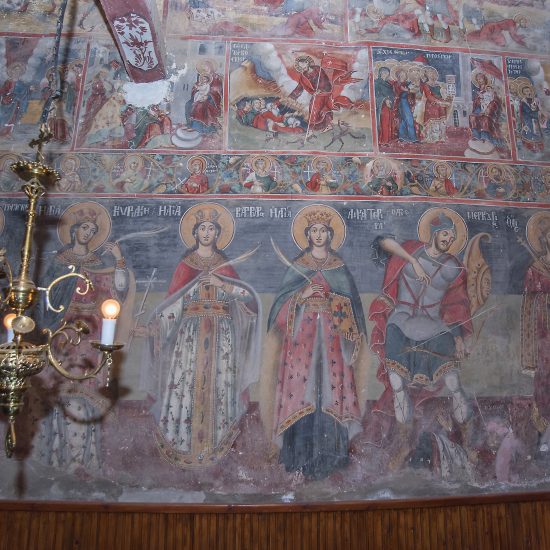 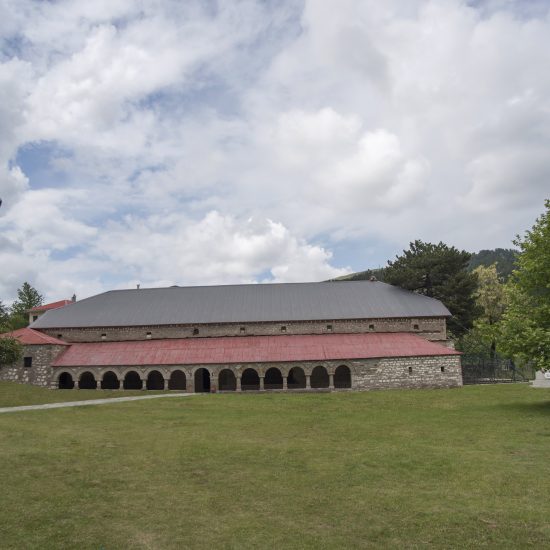